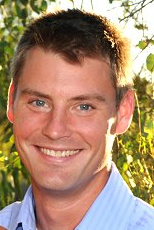 My initial interest in Animal Science was a result of growing up working on the family farm.  I earned 2 degrees in animal science (BS from Colorado State University and MS from University of California, Davis) before earning my PhD in nutrition (University of California, Davis).  During my MS I worked to understand the role of age, body condition score, and supplementation in range beef cattle production.  For my PhD, I aimed to understand how undernutrition affected estradiol clearance and the hypothalmo-pituitary-gonadal axis in sheep.  My post-doctoral research in Roger Cone's laboratory at Oregon Health and Science University and Vanderbilt Univeristy Medical Center was primarilty focused on the role of the melanocortin 3 receptor in regulating energy balance and developing a test to assess metabolic rate in zebrafish.

Since joining the University of Arizona in Fall 2011, my lab's research has focused on the health consequences of obesity epidemic and improving the efficiency of animal production.

Overweight and obesity affect 70% of US citizens and 40% of people worldwide.  Fat accumulation in the liver, a common consequence of obesity and overweight, is directly associated with the incidence and severity of insulin resistance, type 2 diabetes, and hypertension.  Our lab recently showed that liver fat accumulation increases the production of the neurotransmitter GABA.  We further showed that either preventing liver GABA production or secretion limited obesity induced insulin resistance.  Current research in this area is focused on furthering our understanding of the mechanism driving liver GABA production, the role of liver GABA in hypertension, and the development of novel inhibitors of GABA production to prevent insulin resistance. To translate our findings to humans, we have initiated a clinical trial to assess how GABA transaminase inhibition can affect insulin sensitivity.  We have additional studies focused on the increased incidence of asthma and cancer in people with obesity.

Increasing food production and efficiency are key to feeding the worlds growing population while limiting the environmental impact of animal agriculture.  We have 3 research areas that aim to improved animal agriculture.  First, Renquist lab research has resulted in the development of a test that measures the metabolic rate of embryonic fish to identify faster growing fish.  This research was spun out to create GenetiRate, Inc, which was purchased in February 2021 by IMV technologies.  Second, to identify animals that are more feed efficient the Renquist lab has developed a measure of skeletal muscle metabolic rate.  Since skeletal muscle is the largest tissue by mass, by identifying animals with a lower skeletal muscle metabolic rate, we are identifying animals that have a lower maintence energy requirement.  In turn, these animals can put more of their dietary energy toward meat or milk production.  This technology has been licensed by GenetiRate2, LLC.  Third, we realize that global climate change is going to increase heat exposure lowering meat and milk production.  Heat exposed animals eat less and in dairy animals produce less milk.  Renquist lab research aims to understand how heat shifts blood flow to decrease the drive to eat and the potential to produce milk.