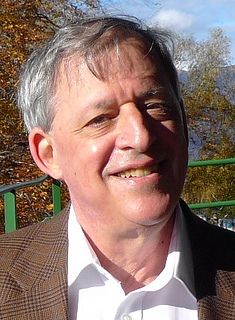 Dr. Ronald Breiger, Regents Professor and Professor of Sociology at the University of Arizona, holds affiliations with the School of Government & Public Policy, the Interdisciplinary PhD program in Applied Mathematics, and the Interdisciplinary PhD program in Statistics & Data Science. He is a leading contributor to theory and methods in social network analysis, and he has substantial strengths in the sociology of culture, organizations, stratification, theory and methods. He served as Editor of the journal Social Networks (1998-2006) and as Editor for Social and Political Science of the journal Network Science (2016-2019). He is a recipient of the Simmel Award of the International Network for Social Network Analysis (2005), the James S. Coleman Distinguished Career Achievement Award of the American Sociological Association Section on Mathematical Sociology (2018), and the Paul F. Lazarsfeld Award of the American Sociological Association Section on Methodology (2020), recognizing a career of outstanding contributions to sociological methodology. In 2022 Ronald Burt, Harrison White, and Dr. Breiger were named the inaugural recipients of the Progress in Mathematical Sociology Award of the American Sociological Association's Section of Mathematical Sociology in recognition of their work on the concept of "structural equivalence," which has had transformative, expansive, and lasting impact on the field. Dr. Breiger chaired a 2002 National Academy of Sciences workshop on dynamic social network modeling and analysis, which was focused on the contributions of that area to national needs and especially to national security. The proceedings (edited by R.L. Breiger, K.M. Carley, and P.E. Pattison) were published in 2003 by the National Academies Press (http://www.nap.edu/catalog/10735/). Dr. Breiger has been named a Fellow at the Center for Advanced Study in the Behavioral Sciences and a Fulbright Senior Scholar, and he is currently an editorial board member of the American Journal of Cultural Sociology and of Poetics: Journal of Empirical Research in Culture, the Media, and the Arts. Since 2010 he has held federal research grants from the Defense Threat Reduction Agency (PI), the Intelligence Advanced Research Projects Activity (co-PI), the Air Force Office of Scientific Research (co-PI), and the National Science Foundation (co-PI on two separate grants). Personal website: http://www.u.arizona.edu/~breiger