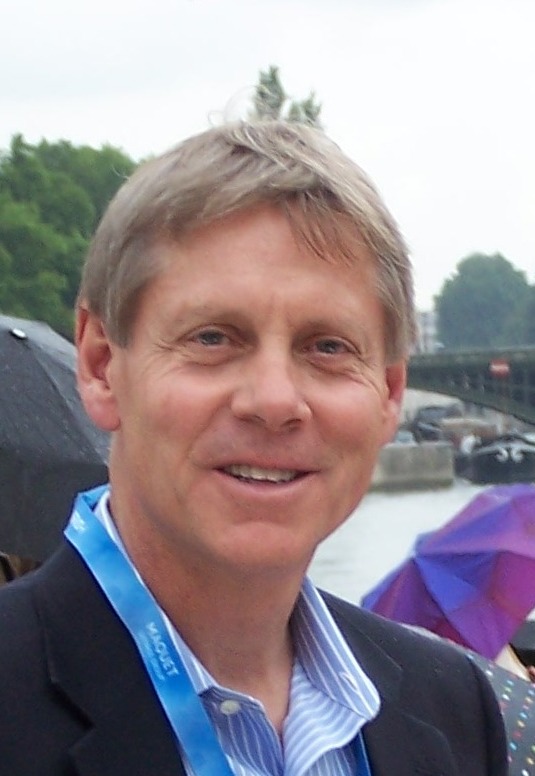 Dr. Palmer was born in Wilmington, Delaware. After graduating from the University of Delaware in Newark, DE., Dr. Palmer completed his residency in anesthesiology and a fellowship in obstetric anesthesia at Thomas Jefferson University Hospital.  Since 1988, he has been a member of the faculty of the University of Arizona Health Sciences Center in Tucson, AZ, earning promotion to Professor in 2000.  He is a past-President of the Arizona Society of Anesthesiologists, and represents Arizona in the American Society of Anesthesiologist's (ASA) House of Delegates.  He was  Chair of the ASA's Committee on Obstetrical Anesthesia from 2007 through 2014, also serving as the ASA's liaison to the American College of Obstetrics and Gynecology (ACOG).  Dr. Palmer has twice hosted the annual meeting of the Society for Obstetric Anesthesia and Perinatology, in 1996 and 2003, and was a member of their Board of Directors for 14 years between 1993 and 2014.  He is lead author of Obstetric Anesthesia (Oxford University Press, 2011), and the Handbook of Obstetric Anesthesia (Bios Scientific, 2000).  He is an Associate Editor of the journal Anesthesiology, and was a Fulbright Scholar in 2016, spending 5 months as a Visiting Professor in Novi Sad, Serbia.