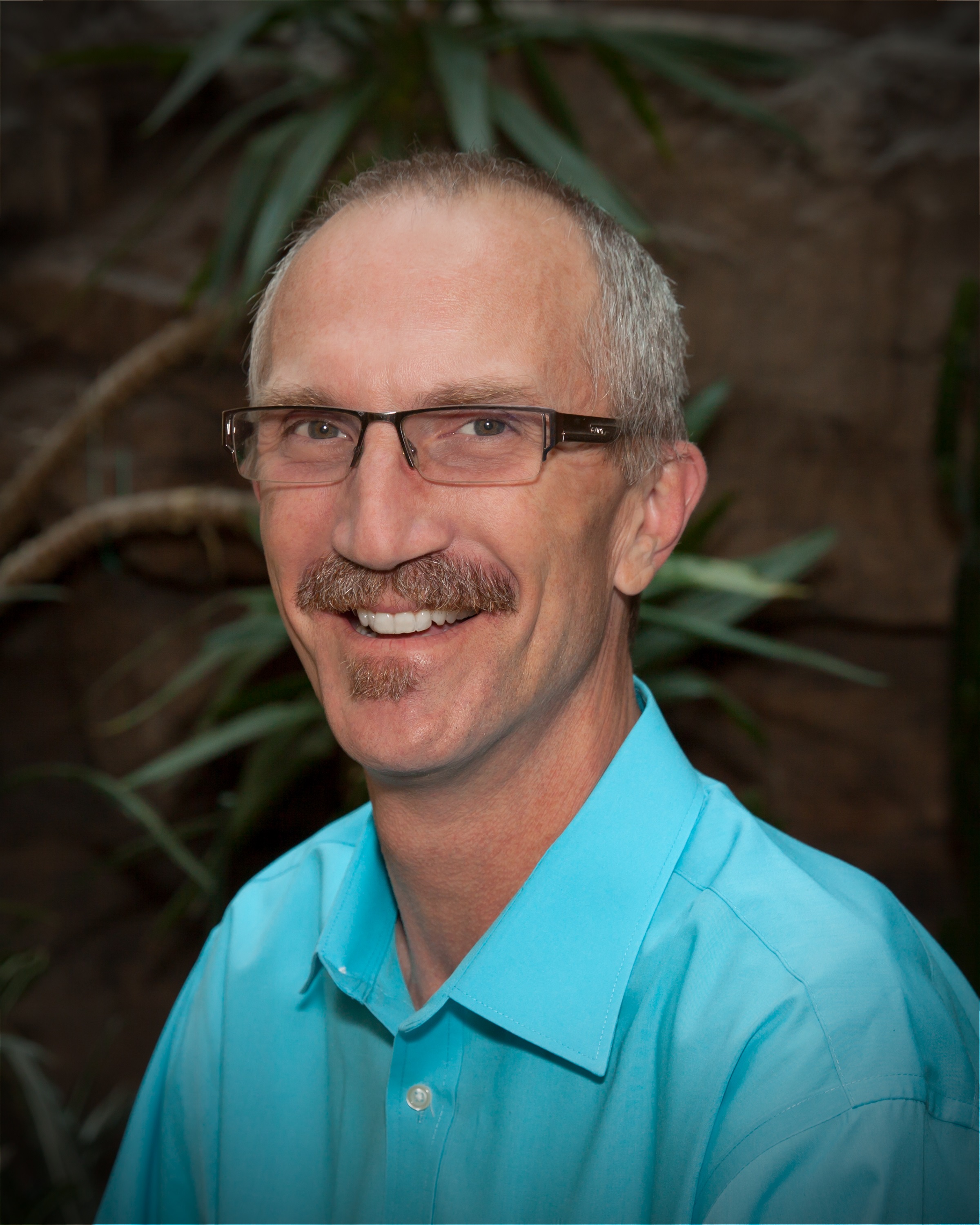 Dr. Ed Martin is the County Director for Maricopa County Cooperative Extension, College of Agriculture and Life Sciences, University of Arizona.  He is the chief administrator for the office of almost 80 employees who bring science-based research to help solve real life problems to improve the lives, communities and the economy in Maricopa County and beyond.  Dr. Martin is also an Extension Irrigation Specialist and Professor in the Agricultural & Biosystems Engineering Department of the UA and serves as the Editor In-Chief of UA Cooperative Extension publications.  Originally from Michigan, he received his Ph.D. from Michigan State University in Agricultural Technology and Systems Management.  He has been with the University of Arizona since 1992 where he began his tenure as an Extension Specialist in Irrigation, located at the Maricopa Agricultural Center, a 2000 acre research farm located 30 mile southwest of Phoenix.  His research centered on the efficient and effective management of agricultural irrigation water.  Concentrating on on-farm management, Dr. Martin researched crop water use and helped develop the AZSCHED (Arizona Irrigation Scheduling) program that helped growers better apply and manage their irrigation water applications.  He also has worked on water quality issues, looking at the effects of manure and compost application to the movement and drainage of nitrogen and other plant nutrients.  He has done extensive work on the Navajo Nation, working on the promotion of gravity fed drip irrigation systems.  His demonstration and research projects have been installed at the Hubbell Trading Post, in Canyon DeChelly National Monument, and at community and family farms throughout the Navajo Nation.  Working closely with Extension personnel from Dinè College in Tsaile, a 1994 Land Grant Institution, he continues his work today, looking at alternative irrigation systems that can be utilized in communities such as the Wheatfields Chapter.  In 2007, he was asked to serve as the Associate Director for Extension, Program Leader for the Agriculture and Natural Resource programs at the University of Arizona.  During his tenure there, he helped to transform Extension’s web and social media presence, working to develop a new web management system that allows users to enter their own information, decentralizing the control of web content and exposing a new generation of faculty and staff to the possibilities of social media while capitalizing on younger staff who already possessed the required skills.  He also worked to develop brochures and other media that complimented each other, forming a singular message about the impacts of Extension within the state.  In 2012, he was asked to serve as interim director for Maricopa County Cooperative Extension.  Maricopa County is the 4th largest county in the US, with over 4 million people.  Programs range from the more traditional agriculture and 4-H programs, to the more urbanized community garden and SNAP-Ed programs.  In 2013, Dr. Martin was named County Director.  At Maricopa County, he has initiated projects on developing the main building’s landscape into a living classroom and renovating office technology.   He helped oversee a $750,000 renovation of the main office and works to keep the office, staff, faculty, and programs relevant to the needs of the people of Maricopa County and beyond.