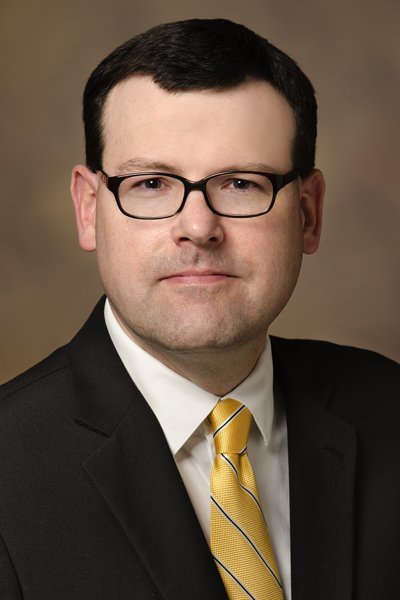 Patrick D. Lyons, Ph.D., RPA is Director of the Arizona State Museum (ASM) and a Professor in the School of Anthropology at the University of Arizona. Dr. Lyons earned his BA (1991) and MA (1992) in anthropology (specializing in archaeology) at the University of Illinois, Chicago. In 2001, he received his Ph.D. in anthropology from the University of Arizona, where he had been an Emil W. Haury Graduate Fellow. Dr. Lyons's research focuses on ancient migrations in the US Southwest, the use of ceramics in understanding the lives of ancient peoples, the use of tribal oral traditions in archaeological studies, and the archaeology, history, ethnography, and ethnohistory of the Hopi people. He has primarily conducted fieldwork in the ancestral Hopi settlements of the Homol'ovi area, near present-day Winslow, Arizona, and in the San Pedro Valley of southeastern Arizona.

He is the author of Ancestral Hopi Migrations, published in 2003 by the University of Arizona Press; co-editor of Migrants and Mounds: Classic Period Archaeology of the Lower San Pedro Valley, published in 2012 by Archaeology Southwest; and editor of The Davis Ranch Site: A Kayenta Immigrant Enclave in Southeastern Arizona, published in 2019 by the University of Arizona Press. His work has also appeared in a number of peer-reviewed journals, including American Antiquity, Heritage Management, Journal of Anthropological Archaeology, Journal of the Southwest, Kiva, and Proceedings of the National Academy of Sciences of the United States of America, as well as in numerous edited scholarly volumes. A past Chair of the Governor's Archaeology Advisory Commission and the Society for American Archaeology's Committee on Museums, Collections, and Curation, Dr. Lyons recently was appointed by the Secretary of the Interior to the NAGPRA Review Committee, which oversees museum and state and federal agency compliance with the Native American Graves Protection and Repatriation Act.