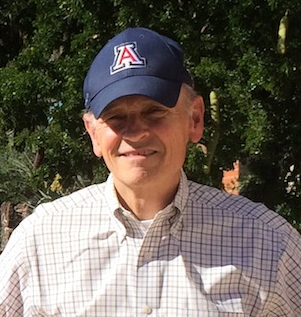 David Gilman Romano is the Nicholas and Athena Karabots Professor of Greek Archaeology in the School of Anthropology at the University of Arizona. He is also Professor in the GIDP in Remote Sensing and Spatial Analysis. His main research interests include Greek and Roman city planning, architecture, landscapes and athletics.  He has been a pioneer in several computer applications in archaeology including the use of digital cartography, GIS and remote sensing in the study of ancient cities and landscapes.  At the University of Arizona he is the Director of the Archaeological Mapping Lab, https://www.archaeologicalmappinglab.org  He has been the Director of the Corinth Computer Project, https://www.corinthcomputerproject.org since 1988 and is the Co-Director and Field Director of the Mt. Lykaion Excavation and Survey Project, https://www.lykaionexcavation.org since 2004. He is the Director of the Initiative to create the Parrhasian Heritage Park of the Peloponnesos, https://www.parrhasianheritagepark.org since 2004, Greece’s first large scale national heritage park.  His major publications include Athletics and Mathematics in Archaic Corinth: The Origins of the Greek Stadion, 1993; The Catalogue of the Classical Collection of the Glencairn Museum, 1999 (with Irene Romano) and Mapping Augustan Rome, 2002 (with Lothar Haselberger and others).  He is Co-Editor with Mary Voyatzis of a four volume series on the results of the excavations at the Sanctuary of Zeus at Mt. Lykaion, to be published through the American School of Classical Studies at Athens. Dr. Romano has received fellowships and grants from the Archaeological Institute of America, the University of Pennsylvania Museum of Archaeology and Anthropology, the Karabots Foundation, the 1984 Foundation, the Niarchos Foundation, the National Endowment for the Humanities, the National Science Foundation, the Insitute for Aegean Prehistory, the Kress Foundation and the American School of Classical Studies at Athens.  During Spring 2018 he was a Member of the School of Historical Studies at the Institute for Advanced Study in Princeton, New Jersey.