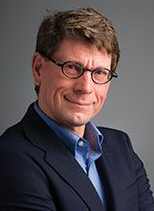 Laird specializes in novel astronomical observations utilizing new adaptive optics instrumentation. He is utilizing adaptive optics (which removes the blurring effects of the Earth's atmosphere) to study at very high resolution: exoplanets, low-mass stars, and brown dwarfs. As well he is interested in massive old AGB stars, young planets in the process of forming, & solar system objects like Titan and binary asteroids.

He has been involved in the development of several adaptive optics systems and special high-contrast high resolution infrared cameras. He is the head scientist (PI) of the Magellan Adaptive Secondary AO system in Chile.

He is the PI of the MaxProtoPlanetS survey for the direct detection of the youngest exoplanets with adaptive optics at H-alpha. This a key MagAO-X survey.

He has been the chair of the Adaptive Optics SPIE conference in 2018 and co-Chair in 2014 and 2016. These are the largest AO conferences in the world.

Developed the first Astrobiology course on DVD "Life in Our Universe" a 12 hour lecture course from the Great Courses Collection. http://www.thegreatcourses.com/courses/life-in-our-universe.htmlNow Prof. Close uses these lectures to "flip" his Astr202 classroom.

Prof. Close is an expert in Adaptive Optics system design and development (a technique that makes ground based telescopes as powerful as space based telescopes) which allows his research group to image new exoplanets (using unique optical devices for increasing star to planet contrast). The ultimate goal is to find another habitable world.