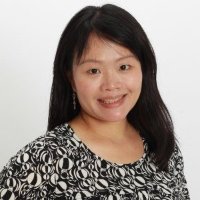 Wei-Hsuan Jenny Lo-Ciganic, PhD, MSCP, MS, is an Assistant Professor in the University of Arizona College of Pharmacy Department of Pharmacy, Practice and Science, and the University of Arizona College of Public Health, Department of Epidemiology and Biostatistics. She is a pharmacoepidemiologist and biostatistician who has interests in medication adherence to essential chronic medications, drug safety, cancer prevention, quality and value of prescribing, and diffusion of new drugs for chronic disease management, especially among populations who are vulnerable or minorities. Several of her previous projects have focused on evaluating cholesterol-lowering medication use in older adults, associations between statin use and physical function decline in older adults, and associations between non-opioid analgesics and risk of ovarian cancer. She has been involved in the largest population-based case-control study of ovarian cancer in the U.S (Hormone and Ovarian Cancer Prediction [HOPE] Study) and the Ovarian Cancer Association Consortium (OCAC). Methodologically, Dr. Lo-Ciganic is experienced in a wide range of both quantitative and qualitative methods. She has expertise in analyses of big health care data, supervised machine-learning methods, group based trajectory models, and the development and evaluation of an integrated program intervention with a community-based design.

Dr. Lo-Ciganic received her pharmacy degree from National Taiwan University (Taipei, Taiwan) in 2003, and a MS in Clinical Pharmacy from National Cheng-Kung University (Tainan, Taiwan) in 2005. She also completed a MS in Biostatistics at the University of Pittsburgh in 2010 and received her PhD in Epidemiology at the University of Pittsburgh in 2013. Prior to arriving at the University of Arizona, she worked as a post-doctoral associate for the Center for Pharmaceutical Policy and Prescribing at the University of Pittsburgh Health Policy Institute. In that role, she collaborated on a variety of studies focused on application of novel statistical methods for improving medication adherence measures in diabetes and treatment for opioid use disorders. Her long-range career objective is to conduct pharmacoepidemiologic, comparative effectiveness and health service research to better understand the patient, provider, health system, and regional factors that impact drug utilization to inform clinical medicine, health promotion, and health policy, and ultimately to improve health outcomes and quality. She is a recipient of both the 2015 Faculty Seed Grant (University of Arizona Office for Research and Discovery), and University of Arizona Health Sciences Center Career Development Award. She is also a recipient of the 2016 American Association of College of Pharmacy New Investigator Award. Her recent work is focused on using machine learning approaches to prevent problematic prescription opioid use.