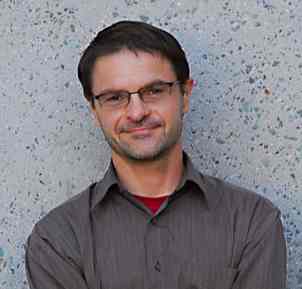 My laboratory seeks to understand the neural mechanisms that control learning, decision making, and navigation. We also explore how the neural systems involved in these processes become disrupted in Parkinson’s disease, chronic pain, and aging. To further these research objectives, my colleagues and I develop novel instrumentation for visualizing brain activity, measuring dopamine release, controlling experiments, and quantifying behavior.

Teaching undergraduate and graduate courses has been a deeply meaningful component of my work at the University of Arizona. A principal reason for my passion for teaching is that it serves as an outlet for me to communicate the excitement involved in scientific discovery. I have been fortunate to have a course load that mirrors my own interests. For example, I teach undergraduate and graduate level courses in cognitive neuroscience, systems neuroscience, neuroanatomy, the neural basis of decision making, and statistics (courses listed below). I also have considerable background in data analysis, computational theories of the brain, and computer programming. This background has informed my lectures in statistics and will serve as a foundation for planned future courses in computational neuroscience and data analysis.NRSC/PSYC 596e/496: Neural Mechanisms of Decision MakingPSYC 313: Drugs and the BrainPSYC 230: Measurement and StatisticsPSYC 402: Brain and CognitionPSYC 413: Drugs and the Brain Advanced (offered in Fall 2021)PSYC 506a: Neural Systems, Neural Encoding, and ComputationPSYC 510: Graduate Statistics in RCourse Section: NRSC 560: Systems Neuroscience. 3 Lectures: Memory, Cortex, and HippocampusGuest lecturer in Human Neuroanatomy.

I am interested in the question of how the activities of ensembles of neurons drive our capacity to decide, remember, and navigate. In particular, I am interested in the role of the prefrontal cortex in cost-benefit decision making and in the role of the hippocampus in navigation and memory consolidation. I investigate these topics through large-scale extracellular recording of the activities of networks of neurons and dopamine release in rats as the animals perform decision-making and navigation behaviors. A number of interesting observations have emerged from these experiments. For example, we found that the neurons believed to be critical for working memory also were exquisitely sensitive to small body movements, suggesting a link between working memory systems in the brain and physical movement. This observation that has since motivated the development of novel tools for the analysis and measurement of movement. Our investigation of cost-benefit decision making has revealed that neurons in the anterior cingulate cortex, a region within the frontal cortex, may also be important for the capacity to persevere through physically strenuous sequences of movements (e.g. lifting weights or finishing a marathon) as these neurons respond to specific actions and the effort that must be maintained over time to acquire a goal. Finally, our work in spatial navigation indicates that neurons in the hippocampus, a region that is a critical component of the brain’s navigation system, can rapidly switch between visual and egocentric (body centered) reference frames when the location of a goal demands such switching. Our ultimate goal is to connect our investigations of the frontal cortex and hippocampus in order to determine how communication between these regions guides decision making and memory formation.