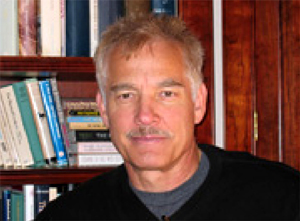 H. Dieter Steklis earned his Ph.D. in Anthropology in 1974 from the University of California, Berkeley.  He joined Rutgers University in 1974, serving as Professor of Anthropology until “retiring” in 2004 as Professor Emeritus of Primatology. Steklis served the University of Arizona South from 2007-2016 as Associate Dean, Division Chair, and  Professor and Program Director for Anthropology and Psychology. Presently, he serves as Professor of Practice in the School of Animal and Biomedical Sciences, with affiliated appointments in Psychology, Program in Ethology and Evolutionary Psychology, and in Family Studies and Human Development. Steklis’ teaching, research and published books and scientific articles reflect multidisciplinary interests, including the neurobiology of primate social bonds, hormones and social behavior, primate communication, cognition and the evolution of human language, mountain gorilla behavior, personality, and conservation, the evolution of primate play and paternal behavior, and the evolution and nature of human-animal relationships. In addition to his academic career, Steklis held leadership positions with the Dian Fossey Gorilla Fund Internationala non profit organization dedicated to gorilla research and conservation in Africa. He served as Director of the Karisoke Research Center in Rwanda (1991-1993); Executive Director (1993-1995), and Chief Scientist and Vice-President (1995-2005).Current CV