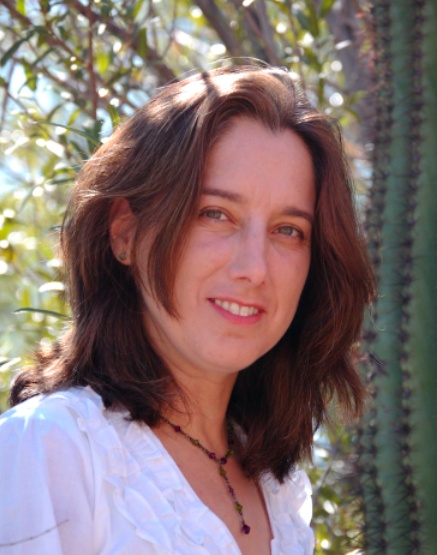 Ann Zabludoff is Professor of Astronomy at the University of Arizona. A Pennsylvania native, she obtained bachelor’s degrees in Physics (1986) and in Mathematics (1987) from the Massachusetts Institute of Technology. She received master’s (1988) and doctoral (1993) degrees in Astronomy from Harvard University, where she was a NASA Graduate Student Research Fellow. She spent her postdoctoral years first as a Carnegie Fellow (1993–1996) at the Observatories of the Carnegie Institution in Pasadena, California, and then as a NASA Edwin P. Hubble Fellow (1996–1999) at the University of California in Santa Cruz. In 1999, she joined the Arizona faculty. She is a member of UA’s Data Science Institute, with interests in machine learning, image analysis, and large scale visualization.

Professor Zabludoff has led a wide range of studies across astronomy, astrophysics, and cosmology. Her work includes analyses of large observational databases and theoretical simulations, as well as the adaptation of astronomical instruments for new science. She and her collaborators discovered the role of groups in driving galaxy evolution (now called “preprocessing”), built a theoretical framework for multiple gravitational lensing planes, showed that distant Lyman-alpha emitting nebulae are tracers of cluster formation, clocked the time evolution of merger-induced galaxy transformations, quantified the connection between tidal disruption events and their host galaxies, accounted for nearly all of the baryons in cluster halos, proposed a new way of directly imaging exoplanets using eclipsing binaries, extended time-dependent, general relativistic “slim disk” accretion models to supermassive black holes for the first time, and upgraded the MMT’s SPOL CCD Imaging/Spectropolarimeter to map the polarization of the cosmic web. She leads the HotShots citizen science project to detect the sources of gravitational waves.

Professor Zabludoff was a J. S. Guggenheim Foundation Fellow in 2013-14 and the Caroline Herschel Distinguished Visitor at the Space Telescope Science Institute during 2011–2013. She has been an invited visitor at institutes around the world and has given review talks at more than 30 international conferences on a broad array of topics. She was plenary speaker at the 2019 Astronomische Gesellschaft and the 2018 Korean Astronomical Society meetings, as well as keynote speaker at the 2019 Advanced Imaging Conference. She discusses using compound gravitational lenses to detect the earliest galaxies in this TEDx talk. She has held leadership positions advising the NSF, NASA, and international research institutes on programs, facilities, hiring, and diversity, equity, and inclusion. She has mentored numerous junior scientists, including the 2019 ASP Robert J. Trumpler Awardee for best Ph.D. thesis in North America. She was the Graduate Program Director for UA’s Astronomy Department from 2005 to 2013, supervising 40-50 PhD students at a time. Her research is supported by the NSF and NASA.

I have led a wide range of studies across extragalactic astronomy and cosmology, exploring the first generation of stars and galaxies, galaxy transformation via mergers, gravitational lensing, dark matter, supernovae, the intergalactic medium, galactic nuclear activity, galactic spectral classification, the baryon budget of the Universe, stellar disruption by supermassive black holes, and the evolution of large-scale structure. My collaborators and I discovered the role of groups in driving galaxy evolution in richer clusters (now called "preprocessing"), built a theoretical framework to calculate the effects of multiple gravitational lensing planes, proposed that Lyman-alpha emitting nebulae at high redshift were precursors of galaxy groups and tracers of cluster formation, uncovered the details of merger-induced transitions of galaxies from gas-rich, star forming disks to gas-poor, quiescent spheroids, quantified the connection between tidal disruption events and their host galaxies, found nearly all of the baryons lying in cluster halos, and, most recently, developed the first successful, fully general relativistic, slim disk model of tidal disruption event disks. I have worked to adapt a 4-Meter, Wide Field Coronagraph Space Telescope designed for exoplanet science for use in extragalactic research, to upgrade the SPOL CCD Imaging/Spectropolarimeter on the MMT telescope, and to develop the Multi-mode Integral Field Units instrument for the Magellan telescope (IFU-M).