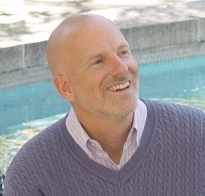 Barron J. Orr is a Professor in the Office of Arid Lands Studies in the School of Natural Resources and the Environment at the University of Arizona where he has been on faculty since 2001. He is also Arizona’s Geospatial Extension Specialist, a novel position that links the missions of NASA, USDA, NOAA, and that of Land Grant universities to bridge the gap between Earth systems science and technology and its use by the general public. This is made possible by a highly interdisciplinary career path encompassing international business, international development and academia, with expertise in anthropology, rangeland ecology, land degradation processes, and remote sensing and spatial analysis. His research focuses on the diffusion of innovation, knowledge transfer, technology adoption and the integration of local and scientific knowledge. His approach to knowledge transfer covers all facets of communication and education, ranging from hands-on training to online decision support systems (converting scientific data into insightful products that can assist decision makers) to mobile phone applications designed to educate and motivate youth. He is involved in several global initiatives focused in increasing the impact of scientific endeavor on real societal needs, including collaboration with the UN Convention to Combat Desertification (UNCCD) and the African Innovation Foundation/ UN Economic Commission for Africa (ECA). He was a Fulbright Scholar and a Spanish Government Visiting Scientist in 2010, working with the Fundación Centro de Estudios Ambientales del Mediterráneo (CEAM). He was named Profesor avalista, Programa de Doctorado en Conservación y Restauración de Ecosistemas at the University of Alicante in Spain and Adjunct Professor, International Center for Desert Affairs, at Xinjiang University in Urumuqi, China. He has contributed to 67 funded grant proposals totaling $30,178,304 (direct contribution, $5,945,892) which have resulted in 75 peer reviewed and 187 non-peer reviewed publications, exploiting the full range of media options available today (includes 21 referred journal articles). His extension programs have involved 1,820 educational events reaching 38,269 participants (47% women, 35% minorities) since 2001. He has been acknowledged for this work in a variety of ways, most recently by being named an 1885 Society Distinguished Scholar by the University of Arizona Foundation’s 1885 Society and a Marie Curie Fellow for 2014-2016.