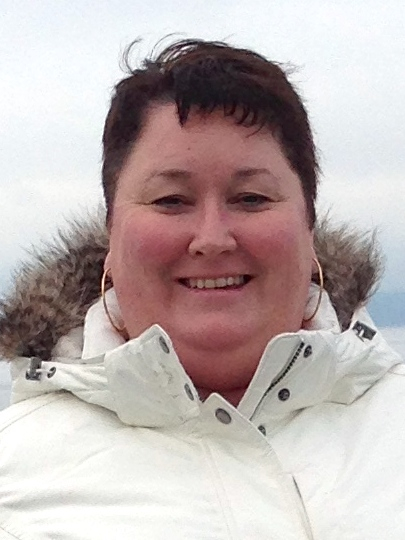 Prof. Joellen Russell is the Thomas R. Brown Distinguished Chair of Integrative Science and Professor at the University of Arizona in the Department of Geosciences. Her research uses global climate and earth system models to simulate the climate and carbon cycle of the past, the present and the future, and develops observationally-based metrics to evaluate these simulations. Prof. Russell is the lead for the modeling theme of the Southern Ocean Carbon and Climate Observations and Modeling project (SOCCOM) including its Southern Ocean Model Intercomaprison Project (SOMIP). She currently serves as Co-chair of the NOAA Science Advisory Board’s Climate Working Group, as an Objective Leader for the Scientific Committee on Antarctic Research’s AntarcticClimate21, and on the National Center for Atmospheric Research’s Community Earth System Model Advisory Board.

Prof. Russell is one of the 14 scientists behind an amicus curiae brief supporting the plaintiff in the historic 2007 U.S. Supreme Court decision on carbon dioxide emissions and climate change, Commonwealth of Massachusetts, et al. v. U.S. Environmental Protection Agency. Before joining UA, Dr. Russell was a Research Scientist at Princeton University and the National Ocean and Atmospheric Administration’s Geophysical Fluid Dynamics Laboratory (NOAA/GFDL). She received her A.B. in Environmental Geoscience from Harvard and her PhD in Oceanography from Scripps Institution of Oceanography, University of California, San Diego.

Joellen Russell's work on the westerly winds led to the creation of a new paradigm in climate science, namely that warmer climates produce stronger westerly winds. This insight solved one of the long-standing climate paradoxes, the mechanism responsible for transferring one-third of the carbon dioxide in the atmosphere into the ocean and then back out again during our repeated glacial-interglacial cycles.

Prof. Russell grew up north of the Arctic Circle in an Eskimo fishing village and began actively working toward her current position at the age of 12 - she can’t believe she gets paid to work on the biggest challenge of our time. She lives in Tucson with her husband and their two children.

Our planet is vast, complicated and dynamic, and we live in a time of great change. As an undergraduate, I benefited from professors who lived William Butler Yeats’ attitude about teaching, “Education is not filling a bucket, but lighting a fire.” I now strive to emulate my mentors in my own teaching. Sharing the passion and drive for understanding of both the known and unknown with my students is one of the great joys of working here at the University of Arizona. The terrific advantage of teaching and learning at a major research university is the opportunity to use the very latest tools to help our students make their own discoveries about their planet. Over the past 4 years, I have taught over 3000 students and co-taught hundreds more. My research benefits daily from the energy and enthusiasm our students bring to their work.My students don’t come into class as clean slates – they have their own interests, experiences and perspectives. I want to learn what they know and think, and for them to take what I have to offer and integrate it into their own lives. I learn from my students, because I know that I have glimpsed only a tiny slice of life and that I am bound by the limits of my own time and experience. The future belongs to these bright, motivated individuals and it is my privilege to help them prepare for it.

Prof. Russell's research focuses on the ocean's role in climate. Her main focus has been on the Southern Ocean, which accounts for up to half of the annual oceanic uptake of anthropogenic carbon dioxide from the atmosphere and for about 70% of the excess heat that is transferred from the atmosphere into the ocean each year. The functioning of the Southern Ocean is intimately tied to the strength and position of the westerly winds, so a significant part of her research has been uncovering the climatic factors that determine the strength and latitudinal position of these winds. She uses the latest global coupled climate models and the latest Earth System Models to address the critical problems in climate science (in the present, the near and longer-term future, the recent past, and the deep past).Prof. Russell’s earlier work on the westerly winds led to her greatest research accomplishment so far: the creation of a new paradigm in climate science, namely that warmer climates produce stronger westerly winds. This insight solved one of the long-standing climate paradoxes, the mechanism responsible for transferring one-third of the carbon dioxide in the atmosphere into the ocean and then back out again during our repeated glacial-interglacial cycles.Prof. Russell continues active collaboration with the GFDL Earth System Model and Climate Model Development Teams, and is currently serving as a member of the U.S. Carbon Cycle Science Steering Group and as a member of the international CLIVAR/CliC/SCAR Southern Ocean Region Panel